New with PlaceMaker version 3: import high quality detailed terrain models for almost any location on the globe. This exciting feature allows for great accuracy with some locations boasting 1m or even better terrain data. With a simple ability to control the terrain quality prior to import, it is possible to achieve some granulated and detailed landform for modeling.

We obtain our on-demand terrain from Cesium ION, who has been proving landform data for over 10 years, has a large database, and is always expanding the quality of the data.

To demonstrate the quality of the terrain import we can compare the native SketchUp location tool import of terrain with that of PlaceMaker’s. The differences are striking.

The terrain data import function allows you to set the imported grid size. The finer the grid, the more detailed the terrain (depending on the location).

Detailed terrain has improved quality and granularity as seen in the video.

Combine the PlaceMaker imported terrain with imported aerials for best effect and achieve an exception topographic model with a high level of character and rich detail.

Model and add aerials to the terrain imports. This is a Lumion rendering.

And PlaceMaker’s other 3D feature imports, like buildings, roads, water, trees and more can all be placed or draped directly on the terrain surface. Combined, you can create accurate, on grade, high resolution 3D models of existing locations for almost any project, globally! 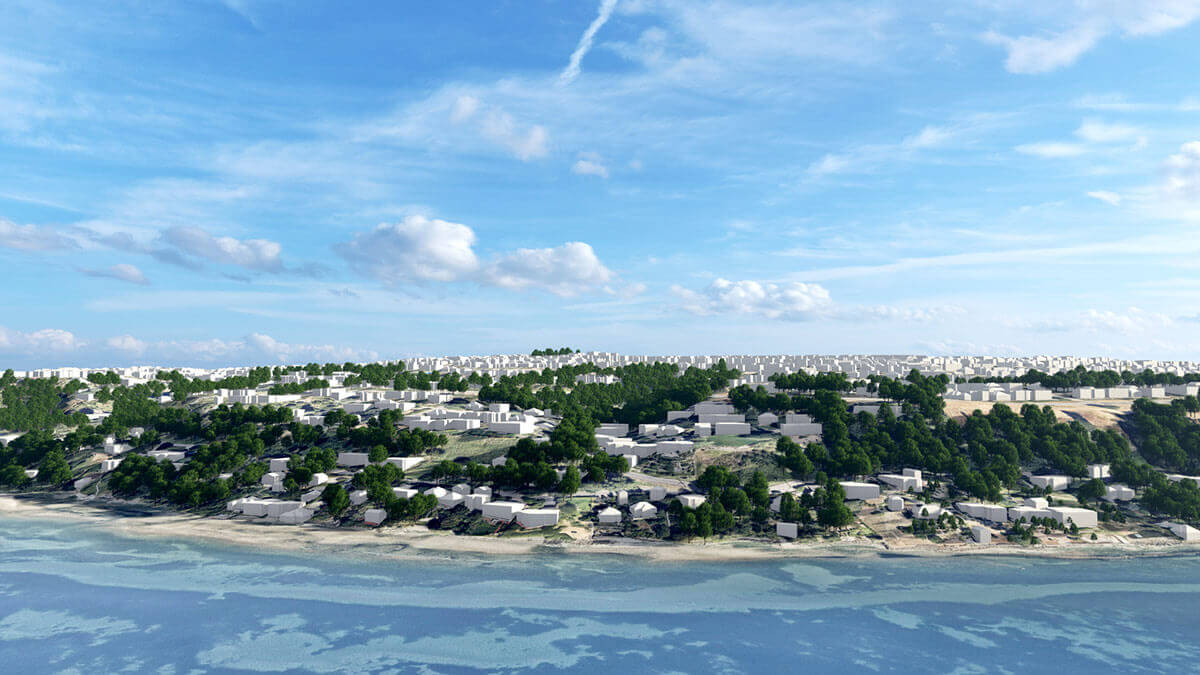 Global coverage of terrain and resolution. And PlaceMaker allows for large area imports of aerials and terrain.

With the ability to import a large area aerials, PlaceMaker will import the terrain for the larger location as well. This allows for the creation of regional terrain models up to 10km by 10km in size.